Miinimization of Violence is Nonviolence in Itself 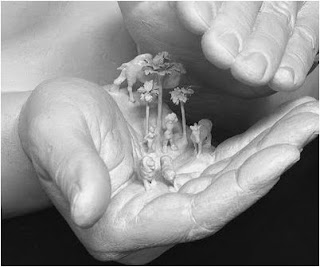 Many people say that vegetarian food also causes violence and talking about non-violence with respect to food is wrong. But, the effort to minimize violence is non-violence in itself. Simultaneously, it is a way to firmly walk the path of non-violence. The constant struggle to minimize even necessary violence is a ladder to reach the height of non-violence. When micro-violence is inevitable, then keeping discretion and avoiding unnecessary malice and cruelty, is nonviolent mentality.It is suitable to nature and environment.

When the micro-violence inevitable, avoiding malice and cruel expression, avoiding lay discretion, is the practice the non-violent attitude.

Philosophers and seers have presented and proposed three dimensions of non-violence. The first one is on the basis of numbers, for example harming of ten beings is more (double as much as) violent than harming five. The second is on the basis of the evolution stage of the being, for instance, there are beings with one, two, three, four and five sense organs, and killing the one is more violent than the previous in that order. This prudence and discretion is scientifically and ethically justified. The third dimension is - the thought process behind the violence. There are many categories of mentality behind a seeming act of violence, starting from unknowingly to knowingly, selflessly to selfishly, necessarily to cruelly, as per the disposition of the person performing the act. To classify any act of apparent violence, we need to first look at whether the mentality behind the act was cruelty or kindness, selfishness or charity, senseless behavior or sensible endeavor.
For an illustration, consider a thief wanting to steal killing a man sitting there to be able to steal, a driver accidentally killing a pedestrian, or a doctor operating to save a life but the patient dying on the table. All three cases result in death, but the driving reasons are different and thus the amount of violence attributed cannot be the same. Even in courts of law, when a person is convicted of a violent crime, the punishment varies as per the status of mind behind the crime.

The concept of "LESHYA" has a beautiful anecdote in jainism. Six pedestrian tourists were passing somewhere. On the way they saw a berry tree full of fruit. One of them said, we are hungry, let us eat some fruit here. One said, I will cut the tree and help all of you have your fill. The second said, no need to cut the whole tree, let us just cut one branch, it will be enough for us. The third wanted to cut just a twig while the fourth wanted to cut off just a bunch of fruit.  The fifth said, no, instead of breaking a whole bunch, let us pick individual berries. But the sixth one said it is enough to pick the fruits which have already fallen down to fill our stomachs. This man is the best example of non violent mentality. Therefore violence and non violence are decided on not just the act but an overall purview of the whole picture.
We need to think in terms of the whole picture, the reference and the context of the acts we are classifying.

Vegetarianism : The foundation of peace and contentment 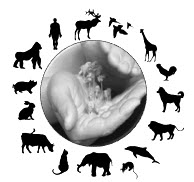 The food in our diet effects our thought processes. If we wish to be pure of mind, word, and action, we should have a pure diet, i.e. vegetarian diet. It is said that every human has hidden animal behavior hiding in a remote corner of the mind. If we want to overcome that trait within ourselves, we must give up meat products.

We need to stop harming other living beings for satisfying our taste buds. Additionally we should constantly try to protect our fellow beings from coming to any kind of harm. For that we should stick to a diet which is not only nutritious and balanced, but also harmless to other beings. Vegetarian food decides the way of life for any person. It purifies the mind and strengthens the body. It has been observed that pure vegetarian food leads to the development of good thoughts, and growth of compassion, mercy and forgiveness. We should always remember the fact that we eat to live and not live to eat. Food is a means to live, not the purpose of life.

Biology says that human beings are part of the animal kingdom. It is our wisdom and feelings which separate us from other animals. Mercy is the driving force behind the wish not to hurt or harm other beings. If we try to think a little deeply, we can easily realize that just like us, other beings also have a natural right to live their life. If life is nature, then killing of life is an unnatural distortion. Our food effects our physical as well as spiritual health. If we are non-vegetarian, we are automatically responsible for the killing of our "prey" and this violent killing causes unrest, disturbance and agitation. On the other hand, vegetarian food does not require any such violent act. This is the reason vegetarian diet brings peace to the soul and peace to the world.
Posted by Shilpa Mehta : शिल्पा मेहता at 12:00 PM 1 comment: