Common arguments against vegetarianism, and the facts 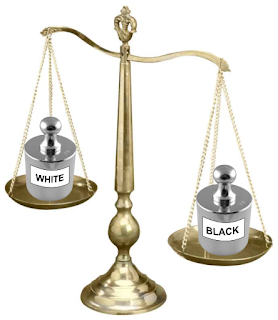 VEGETARIANISM
Common arguments against vegetarianism and the facts


Discussions and debates about vegetarianism often involve some common and repeatedly heard arguments. We have attempted to cover some of these here. In future, we may cover many more.

Life in Plants as an argument
Some people use the fact that plants are living beings as an argument against vegetarian food. But they conveniently overlook the fact that vegetarian food does not necessarily involve killing the source plant while procuring non-vegetarian food does require killing as the basic minimum requirement. I have taken twenty tomatoes from my tomato plant in the past few days but I haven't killed it. If one has to compare taking food from plant with that from animals, the closest comparison would be that of taking milk from cows. Even hard core supporters of beef will have to admit that there is a quantum difference between taking milk everyday from a live cow and killing it once to obtain the beef.

Most grain plants are already dead before the grain is reaped. Moreover, if one has sufficient sensitivity to feel for the forced death of those plants whose roots are used for food, one can avoid eating roots like onions, garlic etc., and abstain from that kind of killing too. They can choose to stick to a saatvik (सात्विक) diet like our great ancestors. But no, they won't do so, because the purpose of argument is NOT to avoid killing plants, but to try and justify the killing of animals by displaying killing in fruit eating too. It is just an argument for the sake of an argument. I (the original author) remember, a friend of mine became very upset over seeing a bonsai plant at my home and questioned the cruelty of clipping away the roots. What could I have said? and after a short while he started telling me about his gastric upset, and blamed the scores of prawns he had gobbled for his breakfast. Where had the aversion to "cruelty" disappeared?

Isn't it impossibility to be a pure vegetarian?
Another gentleman was worried about the lives of the many bacteria in milk. May be he thought that a meat based diet is free of bacteria - let me tell you - there are many more micro organisms like bacteria in meat, than in fruits, vegetables, and milk. In actual fact, Vinoba Bhave's diet of milk and milk alone, is much better than even vegetables as it involves no pain as in plucking fruits and vegetables from plants. So the next time someone argues about the pain of plucking fruits and veggies, you can suggest them to switch to a milk diet. They may argue about balanced nutrition in that and you may remind him that Vinoba Bhave could walk 300 miles a day on just two glasses of milk. Muslim preacher Zakir Naik argues about there being no plants for vegetarian food in Antarctica, conveniently forgetting that, if God did not plan plants there, there are neither humans nor buffaloes born there either. So the argument is self contradictory as it itself shows what God's intentions were. Despite this, if the taste of the tongue is so dear to you as to justify killing innocent beings, at least do not relate it to religion. A Poet has said -

Spirituality, Religion, Scriptures and Violence
The people who justify killing in the name of religion must take a look at the website of Islamic Concern. Another such website is Jesus-Veg. Many of our relations ask us, which Hindu Scriptures forbid Meat eating? In reply we can ask them - where has it been permitted? But no. We shall put some of our observations before you.

There are Eight genres of the Yoga. The first one (Yama) has five basic elements, the first one being Ahimsa (अहिंसा = non-violence). This implies that the first step in the staircase leading to one's goal is ahimsa (non-violence). Can the people who accept killing as "normal" for satisfying their sense of taste, understand this basic requirement of ahimsa? One who can not imagine Sweet without egg as in cakes need to understand that the hindi term for sweets is "MISHTHAANN" = Mishtha (मिष्ठ = sweet) + anna (अन्न = grain). Even in the Bhagwad Geeta (which was first sung during great war of Mahabharatha) Lord Krishna, while preaching Ahimsa, refers to food by the term anna (अन्न) only intending grain as human food. Edible items in Indian culture such as, Panchamrit (पंचामृत = A liquid sweet potion offered for worship made up of five sweetened milk products), Phalahar (फलाहार= fruit based food) etc. are all terms indicating food obtained by non-violent means. The food and the prasada (प्रसाद) served at Gurudwaras (गुरुद्वार = Sikh temples)  langars (लंगर = food service) is pure vegetarian. The Sanskrit texts talk of the life present in every organism. According to Indian tradition, even when a plant need to be picked for medicinal purpose, the physician renders a mantra of apology to the plant being uprooted, and then plucks them with a single jerk to minimize the pain to the plant. Can such ideas support killing animals for food?

Abundance of violence in Nature as an argument
Some people use the abundance of violence observed in nature as an argument against vegetarianism. I have seen parrots as well as dogs at my home. Both were vegetarian. Many animals and birds are vegetarian by nature. The ones which are not are also just animals. They do eat flesh, but do not kill with unnatural things like the knife, nor cook it over fire because their bodies can not digest their meal in the natural form. They do not make a business of killing, nor factory farm their prey. Neither they kill their food in slaughter houses, nor force their would be food to live a hellish life on factory farms, nor keep the left over meat in refrigerators for use next time, nor cook it on fire, If we humans can do so many unnatural things for food, why can't we turn to vegetarianism? Even if someone calls vegetarianism as unnatural, it is still being human!!

If one is dissatisfied with the level of "non-cruelty" even in vegetarianism, there are many ways to improve that level too. One method could be restraining oneself to just accepting grains which come from already dead plants, Further one can choose milk from farms, where cows are properly served and taken care of without the accompanying cruelty of milk farms. One could consume only those fruits which fall off the trees naturally and not plucked before they are ready. Even then the seed can be planted back to complete the natural cycle.

Vegetarianism is the way to minimize violence
Even if all this is not possible, it is better to remain vegetarian and avoid killing hundreds of innocent animals rather than killing them and justifying it with the excuse of even plants having life. Mercy and sympathy has its own point of view, and justifying open killing by showing killing in vegetarian food is just that - a feeble justification to justify one's greed for taste.
------------
Original Hindi Version of this article is available at Niramish Hindi blog Written by Anurag Sharma for Burgh Vaarta and translated into English by Shilpa Mehta for Niramish.
Posted by Shilpa Mehta : शिल्पा मेहता at 7:39 PM